Pig iron is the immediate product of smelting iron ore with coke, limestone and other ingredients in a blast furnace. A high carbon content - more than 2.14%, typically more than 3.5%. Due to their high carbon content is hard and brittle when heated to temperatures of 1150 ° C to 1250 ° C. It melts without passing through moldable state.Therefore it can not be shaped by heat or cold. Also called non- ductile iron and its direct use is very limited. However, it is the starting material for the manufacture of other types of technical iron.

The pig iron carbon can exist in two forms:

Distribution of iron and its products

Pig iron and subsequent products are divided into:

Pig iron produced in blast furnace reduction of iron ore with carbon monoxide orcarbon at high temperatures. In the process of are entering the following raw materialscontaining iron:

Apart from them enters the process: 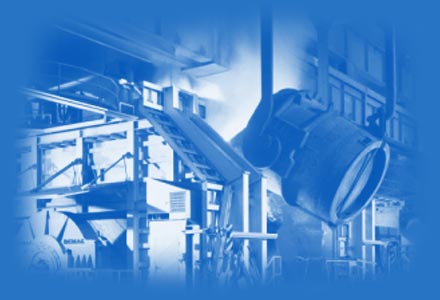